IT’S YOUR NATURE
The plants listed below are ones seen in landscaping that are on the list of Texas Invasives  at the Texas Invasives Database site, https://www.texasinvasives.org/plant_database/index.phpAn   More detailed information, additional species, and more can be found by referring to that site. ”Invasive species" is defined as “a species that is non-native (or alien) to the ecosystem under consideration and whose introduction causes or is likely to cause economic or environmental harm or harm to human health.” The lists of “preferred alternative species” includes commercially available native alternatives that have features similar to the ones that should be avoided. As a rule, native and selected “adapted” species should be used whenever available, since they not only benefit native and generally declining native species, but they often require less care, maintenance, and overall costs of non-native species. Benefits generally include adaptability to drought, temperature variations, pests and disease, and a changing climate. Natives generally require less water and no pesticides or fertilizers.
Invasive Undesirable Plant         Good Substitutions                               Additional Information 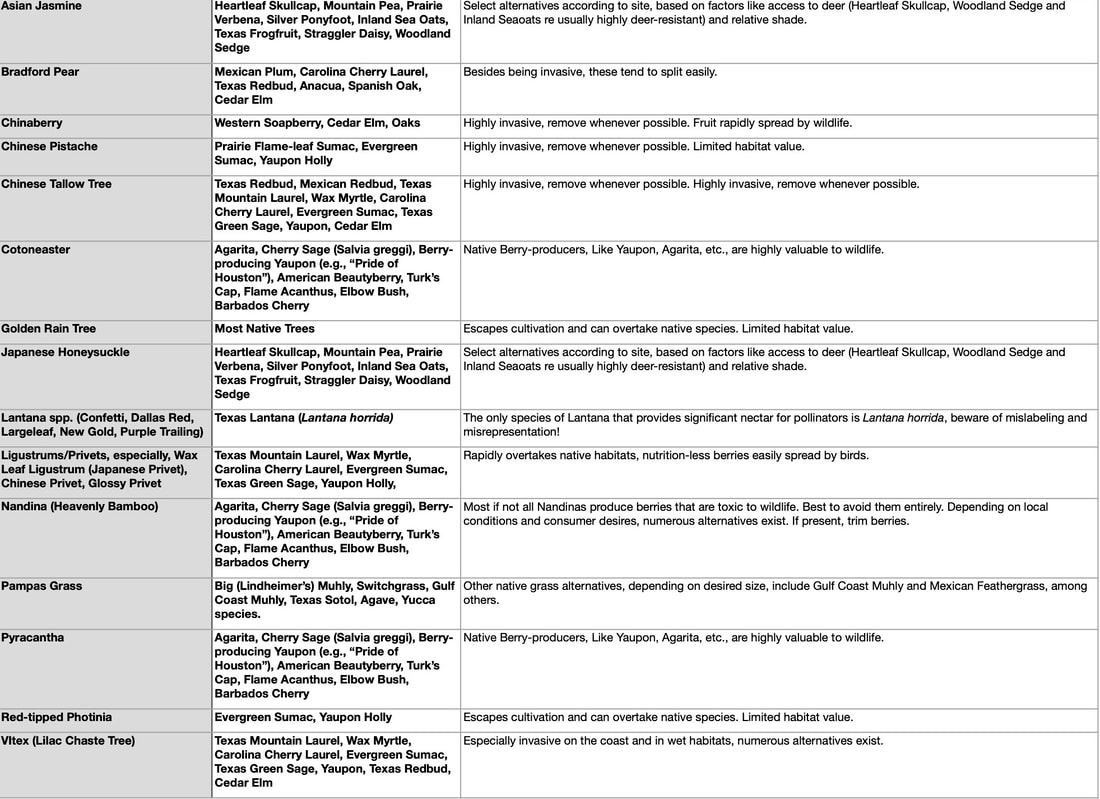